For Tournaments during the year 2022

Waiver, Release of All Claims and Hold Harmless Agreement for Bent Rods Bass Clubs, or BRBC.

Please read this form carefully and be aware that in signing up and participating in any of the BRBC tournaments during the year 2022, you will be waiving and releasing all claims for injuries arising out of the tournaments that you might sustain. The terms “I”, “me”, and “my” also refer to parents or guardians as well as the participants in the tournaments. In registering for any of the tournaments you are agreeing as follows:

As a participant in a tournament, I recognize and acknowledge that there are certain risks of physical injury,

and I knowingly and freely assume the full risk of any injuries, including death, damages or losses, which I may

sustain as a result of participating, in any manner, in any and all activities connected with or associated with

such tournaments. I further recognize and acknowledge that fishing and operating a watercraft are hazardous

I, for myself and my heirs, assigns, personal representative and next of kin, voluntarily waive and relinquish any

and all claims that I may have as a result of participating in the tournaments against Bent Rods Bass Club, their

affiliates, members, officers, directors, sponsors and assigns, any and all other participating and governmental

units and independent contractors, officers, agents, servants and employees of such governmental units and

independent contractors and any and all other persons and entities, of whatever nature, that might be directly or

in the preceding sentence are referred to as “released parties” in the remainder of the agreement).

I, for myself and my heirs, assigns, personal representative and next of kin, fully release and discharge Bent

Rods Bass Club and the other released parties from any and all claims, demands, actions, causes of action,

assessments, losses, damages, liabilities, costs and expenses, including, without limitation, attorneys’ fees and

expenses, arising out of or relating to any injuries, including death, damage or losses, which I may have or

which may accrue to me on account of my participation in the tournaments.

I further agree to indemnify, hold harmless and defend the Bent Rods Bass Club and any and all other released

parties, from any and all claims, demands, actions, causes or action, assessments, losses, damages, liabilities,

injuries, including death, damages and losses, sustained by anyone, and arising out of, connected with, or in any

way associated with my conduct and the activities of the tournaments.

I further understand and agree that the terms such as “participation”, “tournament” and “activities”, referred to

tournaments, and further include the provision of or failure to provide proper instructions or supervision, the use

and adjustment of any machinery, equipment and apparatus, and anything related to my use of the services,

facilities, or premises involved in the tournaments.

I understand the nature of the tournaments for which I am registering, and I acknowledge and certify that I have

given up substantial rights by signing it, and that I agree to be bound by its terms. I further understand that any

by reference into and become part of this Agreement. 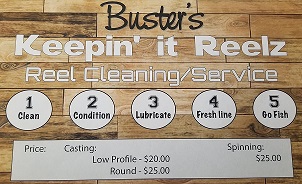